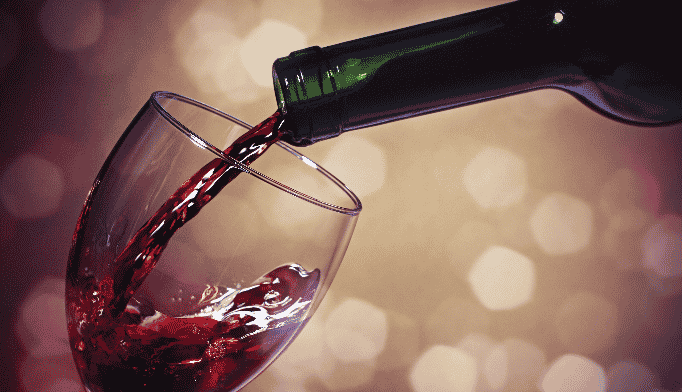 A person knows the limits to drinking, but what about your type of alcohol and body? What about the weight of alcohol in glass and your body weight? Which combination may prove dangerous? Let’s read the article to answer all your queries.

Alcohol consumption can be controlled by the measurements set by the experts. If a person drinks accordingly he can avoid the negative effects of drinking alcohol. Let’s have a look at a wide but brief recommendation regarding threshold drinking.

Let’s have a glance at each of the queries you may have or just for the knowledge purpose you can set your boundaries to drink and for others as well.

What is the recommended low-risk threshold for avoiding negative health consequences from drinking?

The number of drinks a person consumes and the rate of consumption influence how much alcohol enters the brain and how impaired the same to the consumer. The amount of alcohol in a drink can be different. There are some measurements for the standard drinks too.

According to the study published in The Lancet, the threshold for the lowest drink risk for all causes of mortality attributable to alcohol consumption in a week is approximately 100g of alcohol or 5 to 6 drinks.

Does blood alcohol concentration affect by chasing down drinks with water?

Chasing down drinks with water does not affect the absorption amount of alcohol, but it determines the speed of absorption and makes you feel better by reducing the hangover effect by the following day.

What factors influence a person’s BAC?

There are several important circumstances and individual factors that affect the blood alcohol concentration level of an individual. Let’s see the affecting aspects of BAC.

What lowers a person’s BAC?

What factors affect a person how fast they become intoxicated?

As we already discussed, the factors affect a person how fast he/she becomes intoxicated. Let’s see now how they affect an individual.

Different gender bodies react differently to the same amount of consumed alcohol. As women tend to be smaller compared to men and get intoxicated faster. The enzyme which metabolizes the alcohol is Dehydrogenase, which is less in women.

Those who start drinking at a young age are like;y to become dependent on alcohol.

The smaller the stature of the individual the faster he becomes intoxicated. Body composition affects how fast or slows the person gets intoxicated, because the more the percentage of body fat, it results the concentration of alcohol in the lean tissues of the body is high proportionally.

Food in the stomach will affect the absorption of alcohol by delaying the bloodstream and slowing the impairment. The larger the meal, the lower the peak of the blood alcohol concentration. Logic is simple behind it, the food becomes an obstruction for the alcohol from entering the bloodstream.

The more alcohol with short intervals, the higher the BAC.

If an individual is consuming the medicines then it increases the BAC level in their body.

What causes a person to drink quickly?

Mostly alcohol is broken down by the liver, but some metabolize in the brain, because of which you drink more. CYP2E1 carries the commands for the enzymes which break down the alcohol in the brain, instructing them to work faster. This makes people drink faster.

Why does a person go crazy when he drinks?

Overconsumption of alcohol can make us act in ways we would not normally, including making us more aggressive and destructive. Experts stated that the more a person drinks alcohol, the more it affects their brain and acts more aggressively.

Is drinking every day okay?

What causes me to forget things after I drink?

Alcohol affects the hippocampus, it’s a part of the brain where nerves communicate with each other. Communication of the nerves slowed down by the alcohol. The hippocampus plays a vital role in forming and maintaining memories. When basic nerve activities slow down, short-term memory loss can occur.

Can 3 drinks blackout me?

It was found in the study that women would routinely blackout with only three drinks, it was conducted by Amie Has of Palo Alto University in California in the year 2017. A study of 2015 showed that drinking only one more drink than the regular can increase the 13% higher chances of being blackout than men.

When does a person experience impairment of balance, speech, vision, reaction time, and hearing?

At 0.08 BAC a person starts losing his senses.

What does “alcohol blackout” mean?

Blackout is a loss of complete or partial memory. It generally happens when an individual drinks more than a limit and results in significant impairment of your judgment, your coordination, and your memory.  During a blackout, you can perform things but you barely remember any of them. You may injure yourself as you trip and fall, or you might make poor decisions, i.e., consuming other drugs, or having unprotected sex.

Can stress be a reason to blackout?

Mostly it occurs in young adults i.e Psychogenic blackout as a result of stress or anxiety. Not necessarily the link between stress and blackout may not be obvious. Psychogenic does not mean putting it on. In most cases, the involuntary reaction of the brain to pressure or distress results in a Psychogenic blackout. This might be difficult to diagnose as well.

Which medications can cause the blackout?

In a 2015 study, the consumption of medicines like vasodilatory and diuretics results in syncope blackouts. Another 2015 study says that overconsumption of sedatives can cause loss of memory. In a case study, a 50 years old lady experienced memory loss due to excess use of alprazolam(Xanax).

What is the “positive phase” of drinking?

The early phase is when your BAC is lower than 0.06. The euphoria stage is the positive phase of the drinking. A person feels happy after a few sips and even it changes the mood of the individual, but yes do not forget the points we have already discussed above.

Alcohol in any amount can harm the body if not taken systematically. You should keep all the points in mind while consuming alcohol. Let’s wrap up the article. We hope these questions might have solved all your queries.